After disembarking our Yangtze River boat, then a coach to the airport, another internal flight (phew), a mini bus through Shanghai crush hour traffic (7.30pm, it never stops apparently), we finally made it up to our hotel room to find this stunning view.  Very special.

Our hotel was magnificent, right in the heart of everything. If only we had longer in Shanghai to enjoy it more.

The Bund (“Wai Tan” in Chinese), the symbol of both old and new Shanghai, is a 4km waterfront boulevard along the western bank of the Huangpu River.

The name “Bund” is derived from an Anglo-Indian term meaning “a muddy embankment,” recalling the flood barriers that used to line around it.

We felt really comfortable in this space and I liked the different architectural styles including Gothic, Baroque, Romanesque, Classicism and the Renaissance. 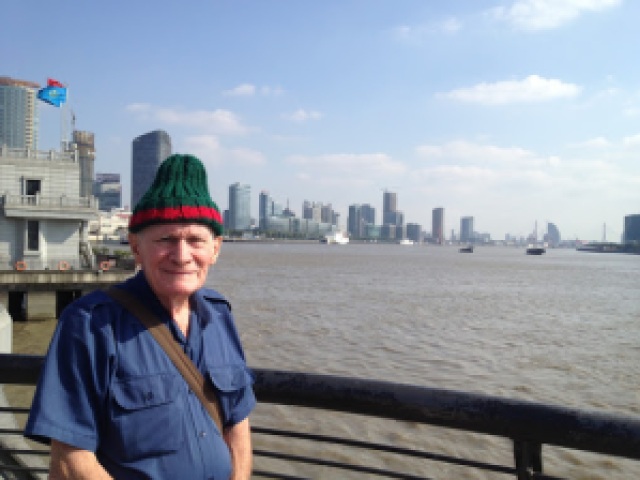 The dozens of historical buildings lining the river once housed numerous banks and trading houses from Britain, France, the US, Russia, Germany, Japan, The Netherlands and Belgium, as well as the consulates of Russia and Britain, a newspaper, the Shanghai Club and the Masonic Club.

Sadly we didn’t get to spend much time on The Bund nor to walk the full 4 kilometers. Next time.

Yu Yuan Gardens is another well loved Shanghai institution, located in the center of Shanghai’s Old City, and is one of the few remaining old tourist sites in Shanghai.

It’s a classic traditional Chinese garden originally designed in the mid 1500’s by a Ming Dynasty official for his parents to live in.  Unfortunately the parents died by the time the son finished building the gardens and buildings (I can just hear his mother carrying on about how long it was taking him),  so he ended up living there himself.

As soon as we entered the gardens we were struck by the beautiful landscaping. 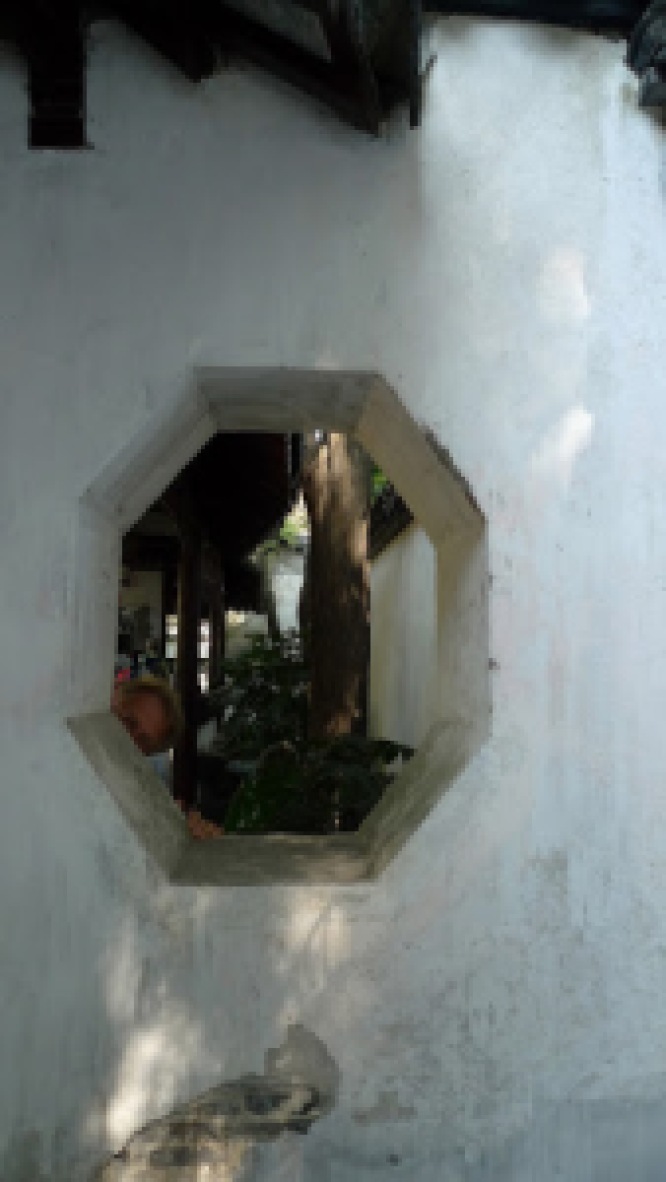 The English translation of Yu Yuan Garden is Garden of Contentment, and I reckon it lives up to its name.

Now it just wouldn’t be a trip to Shanghai without visiting extremely tall skyscrapers.

The tower is a very imposing 88 stories. Designed to withstand an earthquake of 6 on the Richter scale and the strongest level of typhoon.

We zoomed up to the top level Skywalk, a 1520 square meter indoor observation deck, which is the tallest and biggest of its kind in the Chinese mainland.

The Grand Hyatt Shanghai hotel occupies floors from 53 to 87, the world’s tallest five-star hotel in terms of distance from the ground, and has a 152m atrium lined with 28 corridors and staircases arrayed in a spiral.

Really amazing to look down from the 88th floor to the 53rd floor hotel lobby.

I held such high expectations for Shanghai and the only thing I was disappointed about was spending just 2 nights and 1 whole day there. Not nearly enough time to see much at all which was a real shame. I could easily have spent a week luxuriating in that hotel and beating the pavement every day getting to know this great city.

We will definitely return to Shanghai! But for now it is onward to the next adventure of tea, tea and then some more tea.

Thanks for coming back. We’re at the halfway mark now and the trip just got better and better.