China: saving the best till last

So this is what brought us to China. Looks surreal doesn’t it?

All that long time ago when Dave sent an email to my work with a picture of the Great Wall of China, I immediately wrote back and said “Let’s go to China”.

He came back with a yes, but I don’t think either of us really knew what we were in for. China had never been on our travel radar. And inviting Sam to come along with us just added another layer (in fact, many many layers).

Our Intrepid tour took us to the Mutianyu section of the Wall, a couple of hours outside of Beijing, apparently not as crowded as some other sections. As always, a really interesting drive out of the city into the countryside, narrowly escaping certain death by crazy drivers.

To reach our Wall starting point we took the chairlift.  Again I couldn’t help wondering about their safety record – you’d never really know. But it looked ok and the locals didn’t seem bothered. Love their rules….

Really glad we did this because the scenery was stunning from that height, autumn colours striking through the misty air. 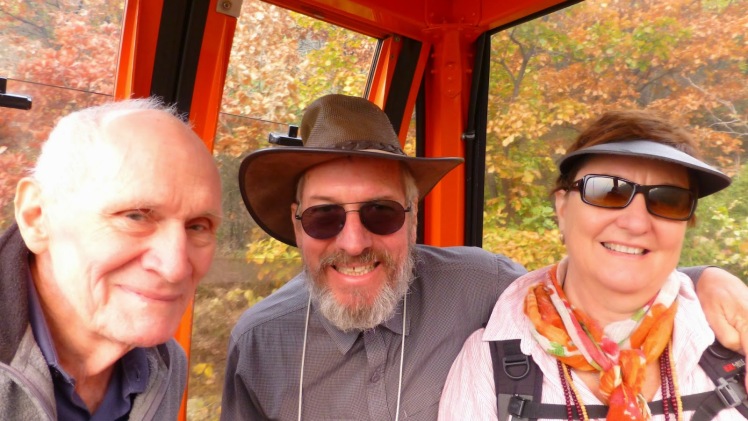 With just the 3 of us in the gondola it was a strange feeling as we quietly skimmed the orange and brown treetops of the dense forest.These trees are hundreds of years old. 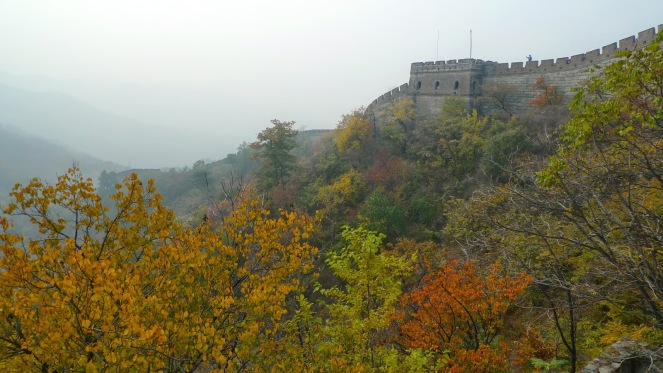 How about walking along something so old, where so many people fought, killed & got killed. It would be so freezing cold in the winter, and all those soldiers had to stay alert in cramped spaces. I wondered how that ate as they surely didn’t have strategically placed vendors selling chips & Coke.

Each one of us made it to the top. Who would’ve thought it would be such a huge effort?

Sam had been very sick with a cold and we were quite concerned for him. But he insisted on going on and kept up with the group. We all felt a grand sense of achievement at the end. 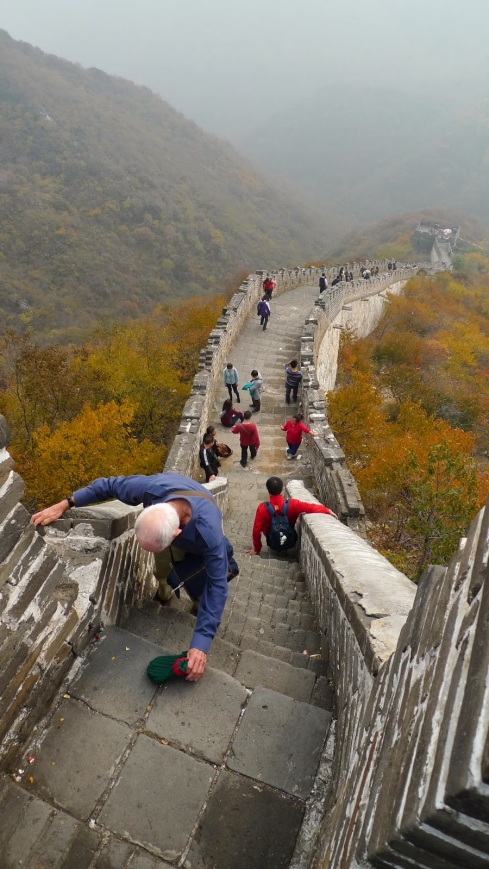 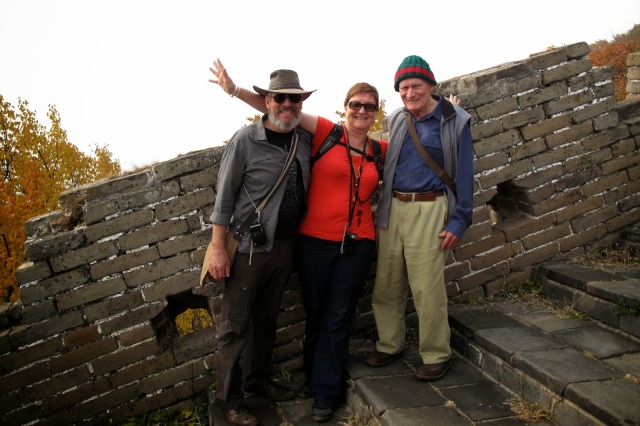 I have to say that this trip rates as one of the most amazing and worthwhile experiences I’ve ever had.  Having Sam along with us was just the best thing.