Musings of a 56 year old 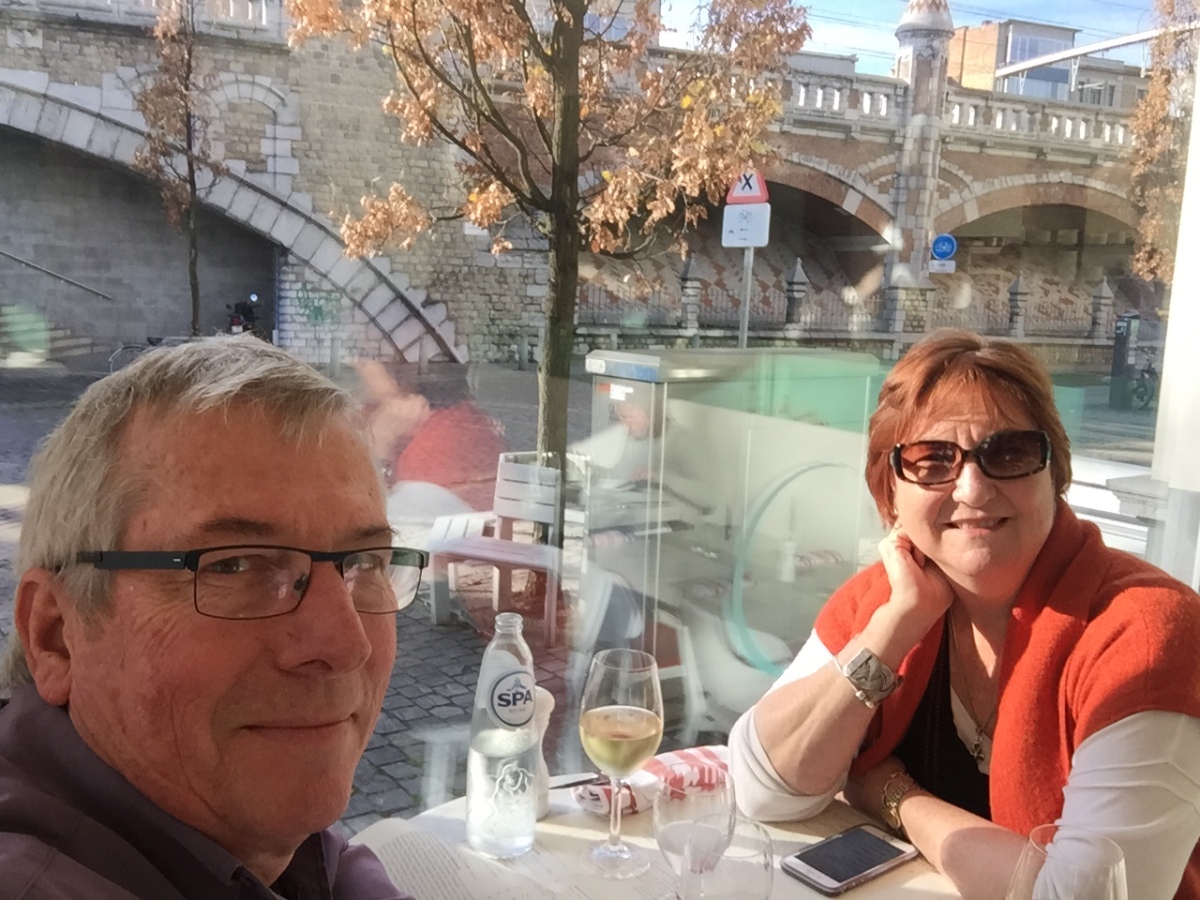 Tomorrow I will be 57. Except that I turned 57 yesterday because I’m in the Northern Hemisphere and I was born in Australia (so grateful for that). But for the moment I am still 56 where I am right now, which is Antwerp.

It’s funny how we turn out isn’t it. When I look back to my 36 year old self I know for certain that I didn’t expect to be carrying this much weight, having crinkly eyes or being a homeless traveler. The weight comes from good living, eyes from my mother (miss her so), the homeless traveler from years of working, saving and dreaming.

For as long as I can remember I knew I would travel the world some day. When I was a little girl I wanted to be an “air hostess” as those beautiful women seemed to lead the exotic life of the jet-set. My mother dampened that by saying I’d be no more than a glorified waitress, taking crap from boorish men with tickets on themselves. Still, a part of me wonders how it would have been had I pursued that goal and not been deterred. But then, mothers. And I suppose she was probably right.

For many years my life took a course where I was unable to create the opportunity for travel yet I always held on to the dream.

Dave and I got together 19 years ago and I told him of my urge to travel the world and hoped that he would also want the same. Dave told me that he didn’t care for it, he wasn’t that interested. I recall that to be a defining moment for me because everything else in the relationship was just so perfect yet this travel thing was a big deal for me and I’d hoped for it to be a common goal. I chose to wait it out, believed the time would come, and…

Then a catastrophic event happened. On 31 January 2005 Dave suffered a brain aneurysm. He was 50. There was grave risk of him dying or having significant and permanent brain impairment. People generally don’t survive a brain aneurysm. My darling Dad didn’t survive age 54 and that’s a whole other episode still painful.

Very long story short, Dave made it through the massive surgery with flying colours and with no deficit. Family and friends came from afar, we gathered and held close. I still struggle to reflect on that period without feelings of trauma. It was so awful.

Dave took a year off work to regain his strength and health. Our perspectives shifted and I had a house-husband!

During that time two of Dave’s daughters were living in London and we would often Skype with them. Each time we’d talk about how we would “one day” go over and visit them. Then one time I got tired of saying “one day” and said to Dave that we should just make the commitment and go. If we’re not going to do it then we should stop talking about it. Dave said ok let’s do it. So I booked the tickets straight away!

From then we started our traveling life and now Dave’s the one pursuing our next adventures. Funny how things work out.

For years we worked hard at our jobs, paid the mortgage blah blah blah, just like everyone else. We all know it doesn’t come easy and we all have our preferences, and this is our preference. We sought balance and we started to talk about what we’d like our life to look like. It hasn’t been an easy journey to here and we don’t know what is to come.